Today’s guest post from author Keira Gillett takes a look at adoption themes that run through her fantasy novels, the Zaria Fierce trilogy and Aleks Mikelson and the Twice-Lost Fairy Well. I love the fact that her two main series characters are not only adopted, but come from loving homes where they consider their adoptive families their families, period. And don’t miss the super-awesome giveaway at the end of this post! Thanks again for Keira for her loving, sensitive look at adoptive families.

There are many references in literature in which guardians for kids are these terrible people. I feel very strongly that there are ways for kids to have adventures in books without mean, cruel, negligent, or abusive adults. Enter the stargazer – a device I invented that freezes time so Aleks, Zaria and the gang can go on adventures around Norway, saving their friends and the world, and not panic their parents.

In real life and in fiction, there are many reasons why kids are available for adoption, because there are many family backgrounds for both birth families and adopted families, which lead them to the decision to choose adoption. My younger sisters are adopted, and my parents, especially my mom, has always been very open with them and with my older brother and myself.

Knowing all this, I wanted a better reflection of adoption to be portrayed for my sisters, and maybe other adoptees like them, because it was very important to me to show that an adoptive family can be nice, and yet a decision to reunite or a desire to reunite can still be part of the equation. That’s why both Aleks and Zaria have nice parents. They love their parents and can’t see living with their birth families. 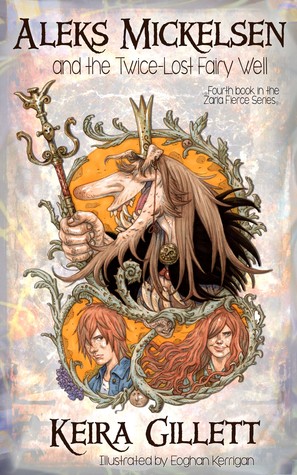 As for the birth families being different, as important as it was to show that adoptive families can be nice, it was also important to show a balance in the portrayal of them in as sensitive a manner as possible, as I know adopted children may superimpose a pleasant scenario over a harsher reality, if they knew and remembered their birth parents, or similarly spinning pleasant stories about why they were available for adoption, if they didn’t. Or the pleasant fantasy of what it might mean to be reunited. While these pleasant scenarios may pan out for some adoptees, others may be disillusioned, if they seek out and meet their birth parents.

It was easy to create these two scenarios, because my characters have different motivations and backgrounds. For instance, Zaria’s birth mother gave her up for adoption in order to protect her from cruel and manipulative dragons who, if they knew of her magical ability, would seek to kill her. Zaria can understand it and forgive her birth mother. That said, she feels closer to the woman who raised her and doesn’t want to hurt Merry’s feelings by letting her know she reconnected with Helena, which as a side note, is another feeling adoptees may face and internalize, because they do love their adoptive family. Zaria’s in the happy position that she could tell Merry, and Merry would understand, but Zaria herself isn’t ready. It’s new for her, and she’s still working out her feelings on the matter.

For Aleks, he grew up in a family with another adopted family member, Ava, his Grams. It gets even more complicated, when one considers that Ava and he both come from the same place and the same fey family, a few generations apart. Fey lore has had the idea of changelings for a long time, and it was easy to build upon this, especially taking into consideration the rest of the lore surrounding fairies as being cold and cruel, which holds true in the Zaria Fierce Series. Ava warns Aleks about the terrible dangers he’d face if he ever returned to Niffleheim, where changelings are killed on sight. The fey are very power hungry, and it’d be a bad idea to altruistic behavior. He got very lucky in Zaria Fierce and the Enchanted Drakeland Sword, because Zaria’s wish on the well granted him protection, and in the end the children won – with Hector’s help – their freedom and a personal escort out of Niffleheim.

To add to all that is the overarching theme of magic. Zaria learns she has magical talent, and as she embraces it, her magic becomes part of her identity. Aleks has always known he had it and that it made him different. To him, being and feeling normal, as well as fitting in, is extremely important, which coincides with another potential desire for adoptees, who may look around at all their friends in traditional family units and feel the same desire to be normal. As revealed in Aleks Mickelsen and the Twice-Lost Fairy Well, Aleks has the chance to become human (his idea of normal) on his sixteenth birthday if he stays and celebrates it at home with his adoptive family. It’s a very appealing prospect, but in doing so he will lose his magical fey gifts. It’s not something that concerns him, because he doesn’t feel like he needs them, and he thinks that this is an easy decision for him to make.

And it might be, except for unlike Zaria, Aleks doesn’t have the luxury to choose when and how he interacts with his birth family. Appearing at his window one day is his fey sister Nori, and she’s telling him he has to return to a place filled with unimaginable danger to stop a dragon nobody can remember except her. It takes a huge amount of bravery to go back, and coupled with that decision to return is a choice and opportunity to become human that may be taken out of his control. He risks not only his life, but his identity in going back. His road ahead is filled with many pitfalls, and with his fairy powers on the fritz, it’s going to be harder to navigate than he first thought.

Giveaway: To celebrate the release of Aleks Mickelsen and the Twice-Lost Fairy Well, I’m hosting a giveaway for interested readers. The winner will receive a dragon scale necklace, that I made, and a Dropcard containing a digital copy of Zaria Fierce and the Secret of Gloomwood Forest and other goodies. Open internationally. Ends 8/13/2017. 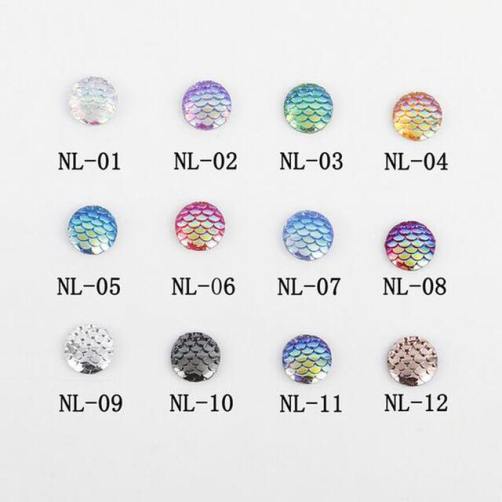 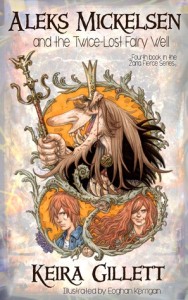 First Aleks’ mom loses the car keys, which he finds in the fridge, and then Christoffer forgets how to get to Aleks’ house. On the surface it doesn’t seem so bad, but events become more disturbing as the day progresses. Something strange is happening in Norway, and Aleks Mickelsen is the only one who can stop it. Too bad for us, the last thing he wants is another adventure.

About the Author: Keira Gillett

When she’s not working or writing, Keira Gillett loves to play tabletop games. Nearly every week Keira gets together with her friends to play. It’s no wonder she invented a game of her own for her Zaria Fierce Series. You can find the rules to this game within the second book and make your own version of it through a tutorial on her website. She’d love to hear from you! Why not send her a picture of you and a friend playing the game?

I'm a mom, a children's librarian, bibliophile, and obsessive knitter. I'm a pop culture junkie and a proud nerd, and favorite reads usually fall into Sci-Fi/Fantasy. I review comics and graphic novels at WhatchaReading (http://whatchareading.com). I'm also the co-founder of On Wednesdays We Wear Capes (http://www.onwednesdays.net/), where I discuss pop culture and geek fandom from a female point of view. View All Posts

Find me on Social Media!